PGP for Newbs and Beyond

Another form of public key encryption, allows you to remotely connect to a server, without typing in your user\name password.

Has built in support for PGP for your e-mails… but doesn’t make it super easy to verify messages from outside.

Somehow you can use PGP with non-protonmail users.. but I haven’t figured it out, yet.

It’s really super to use Protonmail and I’ll recommend it to anyone. 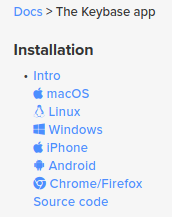 We established DeepDotWeb in the wake of our friend being arrested by local authorities, for buying drugs from the original Silk Road marketplace. Our aim is make information about dark net markets accessible to everyone, as well as making the dark net safer by reporting on security risks, scams and operations conducted by law enforcement.

Escrow Agents are impartial and trusted intermediaries who hold custody of buyer’s funds until pre-defined conditions are met. They allow parties who don’t know or trust each-other to engage in commerce, online.

Traffic on the Jobs4Bitcoins subreddit is picking up, and with it, the number of transactions with anonymous strangers around the internet. One thing that is sorely needed is a simple, trusted escrow system through which to have secure trades of work for bitcoin.

Commissioned by the admin of the subreddit, /u/matthew_boyd, this app attempts to fill that hole, by providing the service of trusted escrow for a small fee.

When some work is uploaded, a community-trusted programmer will check through it, to make sure that the project has been successfully completed.

Yes you can even “unofficially” get encypted chat for discord

These seem to be the currently active bitcointalk threads.